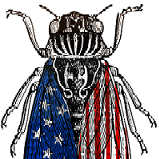 In 2021, state legislative and congressional districts will be redrawn. In most states, elected officials will draw new boundaries and implement them before the public has a chance to understand the maps. Precinct-level geographic election data is a critical tool for determining whether a map is fair or is a partisan gerrymander. Unfortunately, however, there is no consistent format and no central repository for this data. At the Princeton Gerrymandering Project, we are building OpenPrecincts, an open-source collaborative effort to make this data available to the public. This platform will empower a network of volunteers with a wide variety of technical backgrounds to collect precinct geographies from states and counties, develop software that cleans the data and matches it to election results, and integrate the data with software for analyzing or drawing district maps. We hope that this project will enable the upcoming round of redistricting to be more fair and transparent than ever before, and will support future efforts to reform how districts are drawn.

William Adler
Will studies the use of quantitative methods for measuring and preventing partisan gerrymandering. He is also interested in studying, from a quantitative perspective, the likely effects of various policy proposals to reform how districts are drawn. While a Ph.D. student, he founded the Scientist Action and Advocacy Network, a group of scientists that provides pro bono scientific consulting for nonprofits. Will holds a Ph.D. in computational neuroscience from New York University (2018) and a B.A. in psychology from Carleton College (2010).

Ben Williams
Ben serves as the lead coordinator for the Princeton Gerrymandering Project’s research and organizational partnerships. He provides legal analysis on court cases and redistricting bills and initiatives in states across the country. His goal is to bridge the gap between the scientific and legal communities to allow both fields to solve the problem of gerrymandering together. He previously worked at the National Conference of State Legislatures, where his portfolio included redistricting legislation in all 50 states, and OneVirginia2021, where he worked with the Executive Director to develop model statutes and constitutional amendments calling for the abolition of gerrymandering in Virginia. Ben holds a J.D. from William & Mary Law School (2018) and a B.A. in international relations & history from Tulane University (2014).

Hannah Wheelen
Hannah coordinates the collection of voting precinct boundary information with the goal of producing a complete, open-source set of all 50 states plus DC and Puerto Rico. She also hopes to develop intuitive and accessible tools for the public to use the data to do their own redistricting. Before coming to Princeton, Hannah worked with the Metric Geometry and Gerrymandering Group at their summer Voting Rights Data Institute at Tufts/MIT on redistricting and gerrymandering. Her projects included examining the compactness of districts, the spatial clustering of voters, and MCMC algorithms, as well as collecting precinct data for the state of Ohio. Hannah holds a B.A. in mathematics from the University of California at Berkeley (2018).

James Turk
James serves as the principal engineer and architect for the Princeton Gerrymandering Project. His goal is to build tools to help remove barriers between citizens, communities, and redistricters. His projects will enable the collection & preparation of precinct data and coordinate with the wider technical community to tackle the problem of gerrymandering. James most recently served as a director of technology at PBS. Prior to that he worked at the Sunlight Foundation, leading their state & local team as well as serving as director of Sunlight Labs. While at Sunlight he began the Open States project, which curates a freely available repository of state legislative information across all 50 states, the District of Columbia, and Puerto Rico. James continues to run Open States as a passion project. James holds a B.S. in computer science from Rochester Institute of Technology (2008).

No RSVP required for current Princeton faculty, staff, and students. Open to members of the public by invitation only. Please contact Jean Butcher at   if you are interested in attending a particular lunch