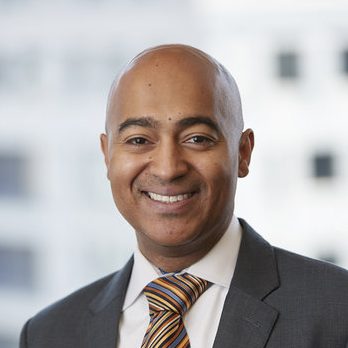 Travis LeBlanc is a partner and vice chair of the cyber/data/privacy practice at Cooley LLP in Washington, D.C. and San Francisco. He is a leading authority on cybersecurity, data privacy, telecommunications and the regulation of emerging and disruptive technologies. Drawing on his broad experience in federal and state government, he helps clients manage litigation and regulatory risk, as well as strategically respond to data breaches, cyberattacks, nation-state attacks, dissemination of stolen data, misinformation campaigns and government enforcement efforts, including those by the Federal Trade Commission and state attorneys general. In addition to overseeing crisis management, internal investigations and national security matters, LeBlanc advises and counsels clients on complex commercial, antitrust and intellectual property litigation. The respect and skills he has earned during his career have translated into appointments and recommendations across the political spectrum, including his selection by the U.S. Department of Commerce and the European Commission as an arbitrator for the EU-US Privacy Shield Framework in 2017 and his unanimous U.S. Senate confirmation to the Privacy and Civil Liberties Oversight Board in 2019.

LeBlanc was chief of the Federal Communications Commission’s (FCC) Enforcement Bureau during the Obama administration. He previously served as a senior adviser to former California Attorney General Kamala D. Harris and as special assistant attorney general of California. Prior to his California roles, he served during the Obama administration as an attorney in the U.S. Department of Justice’s Office of Legal Counsel, worked in private practice, and clerked for the Hon. Stephen Reinhardt on the U.S. Court of Appeals for the 9th Circuit.

He is a member of the American Law Institute. He holds an A.B. with honors from Princeton University, M.P.A. from Harvard University, J.D. from The Yale Law School, and an LL.M. from the University of Cambridge.