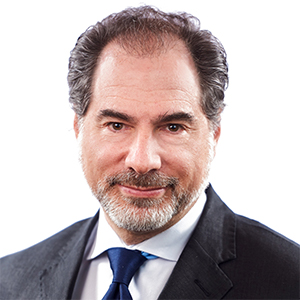 Richard Sarnoff serves as KKR Advisor – Chairman, Media. From 2014 through 2017, he served as managing director and head of the Media and Communications industry group, leading investments in the Media, Telecom, Information Services, Digital Media and Education sectors in the US. From 2011 to 2014,  he was a senior adviser to KKR. He currently serves on the Board of Directors of Chegg, UFC, WebMD, RBMedia and Burning Glass as well as numerous not-for-profit organizations.

Sarnoff holds a B.A. from Princeton University in Art and Archaeology and an MBA from Harvard University.