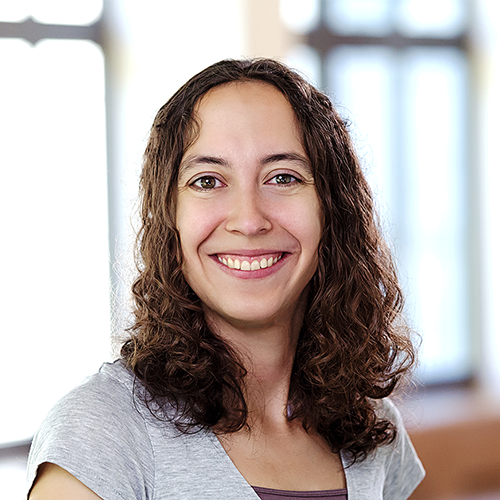 Olga Russakovsky is an assistant professor in the Department of Computer Science at Princeton University. Her research is in computer vision, closely integrated with machine learning and human-computer interaction. She completed her Ph.D. at Stanford University and her postdoctoral fellowship at Carnegie Mellon University. She has served as a senior program committee member for WACV’16, CVPR’18 and CVPR’19, has organized 8 workshops and tutorials on large-scale recognition, and has given more than 50 invited talks at universities, companies, workshops and conferences. She was awarded the PAMI Everingham Prize in 2016 as one of the leaders of the ImageNet Large Scale Visual Recognition Challenge, the MIT Technology Review’s 35-under-35 Innovator award in 2017 and was named one of Foreign Policy Magazine’s 100 Leading Global Thinkers in 2015. In addition to her research, she co-founded and continues to serve on the Board of Directors of the AI4ALL foundation dedicated to increasing diversity and inclusion in AI. She co-founded the Stanford AI4ALL camp teaching AI for social good to high school girls (formerly “SAILORS”) and the Princeton AI4ALL camp teaching AI technology and policy to underrepresented minority high school students.