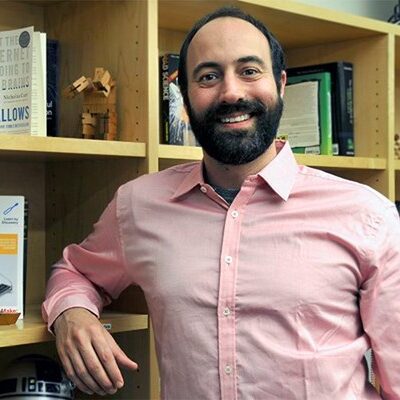 Theorists of justice have long imagined a decision-maker capable of acting wisely in every circumstance. Policymakers seldom live up to this ideal. They face well-understood limits, including an inability to anticipate the societal impacts of state intervention along a range of dimensions and values. Policymakers cannot see around corners or address societal problems at their roots. When it comes to regulation and policy-setting, policymakers are often forced, in the memorable words of political economist Charles Lindblom, to “muddle through” as best they can.

Powerful new affordances, from supercomputing to artificial intelligence, have arisen in the decades since Lindblom’s 1959 article that stand to enhance policymaking. Computer-aided modeling holds promise in delivering on the broader goals of forecasting and system analysis developed in the 1970s, arming policymakers with the means to anticipate the impacts of state intervention along several lines—to model, instead of muddle. A few policymakers have already dipped a toe into these waters, others are being told that the water is warm.

The prospect that economic, physical, and even social forces could be modeled by machines confronts policymakers with a paradox. Society may expect policymakers to avail themselves of techniques already usefully deployed in other sectors, especially where statutes or executive orders require the agency to anticipate the impact of new rules on particular values. At the same time, “modeling through” holds novel perils that policymakers may be ill-equipped to address. Concerns include privacy, brittleness, and automation bias of which law and technology scholars are keenly aware. They also include the extension and deepening of the quantifying turn in governance, a process that obscures normative judgments and recognizes only that which the machines can see. The water may be warm but there are sharks in it.

These tensions are not new. And there is danger in hewing to the status quo. (We should still pursue renewable energy even though wind turbines as presently configured waste energy and kill wildlife.) As modeling through gains traction, however, policymakers, constituents, and academic critics must remain vigilant. This being early days, American society is uniquely positioned to shape the transition from muddling to modeling.

Ryan Calo is the Lane Powell and D. Wayne Gittinger Professor at the University of Washington School of Law. He is a founding co-director (with Batya Friedman and Tadayoshi Kohno) of the interdisciplinary UW Tech Policy Lab and (with Chris Coward, Emma Spiro, Kate Starbird, and Jevin West) the UW Center for an Informed Public. Calo holds adjunct appointments at the University of Washington Information School and the Paul G. Allen School of Computer Science and Engineering.

Calo’s research on law and emerging technology appears in leading law reviews (California Law Review, Columbia Law Review, Duke Law Journal, UCLA Law Review, and University of Chicago Law Review) and technical publications (MIT Press, Nature, Artificial Intelligence) and is frequently referenced by the national media. Calo has testified three times before the United States Senate and organized events on behalf of the National Science Foundation, the National Academy of Sciences, and the Obama White House. He has been a speaker at the President Obama’s Frontiers Conference, the Aspen Ideas Festival, and NPR‘s Weekend in Washington.

Calo is a board member of the R Street Institute and an affiliate scholar at the Stanford Law School Center for Internet and Society (CIS), where he was a research fellow, and the Yale Law School Information Society Project (ISP). He serves on numerous advisory boards and steering committees, including University of California’s People and Robots Initiative, the Electronic Frontier Foundation (EFF), the Center for Democracy and Technology (CDT), the Electronic Privacy Information Center (EPIC), Without My Consent, the Foundation for he co-founded the premiere North American annual robotics law and policy conference We Robot with Michael Froomkin and Ian Kerr.

Calo worked as an associate in the Washington, D.C. office of Covington & Burling LLP and clerked for the Honorable R. Guy Cole, the Chief Justice of the U.S. Court of Appeals for the Sixth Circuit. Prior to law school at the University of Michigan, he investigated allegations of police misconduct in New York City. He holds a B.A. in Philosophy from Dartmouth College.

Calo won the Phillip A. Trautman 1L Professor of the Year Award in 2014 and 2017 and was awarded the Washington Law Review Faculty Award in 2019.