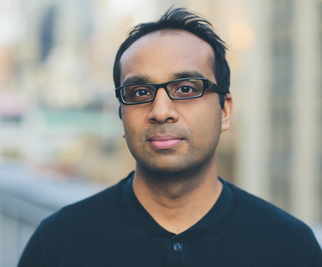 About a quarter of Americans report believing that double voting is a relatively common occurrence, casting doubt on the integrity of elections. But, despite a dearth of documented instances of double voting, it’s hard to know how often such fraud really occurs (people might just be good at covering it up!). This talk will describe a simple statistical trick to estimate the rate of double voting — one that builds off the classic birthday paradox — and show that such behavior is exceedingly rare. It will be further argued that current efforts to prevent double voting can in fact disenfranchise many legitimate voters.

Sharad Goel an assistant professor at Stanford University in the Department of Management Science & Engineering, in the School of Engineering. He has courtesy appointments in Computer Science, Sociology, and the Law School.

Sharad looks at public policy through the lens of computer science, bringing a computational perspective to a diverse range of contemporary social issues. Some topics he has recently worked on are: policing practices, including statistical tests for discrimination; fair machine learning, including in automated speech recognition; and U.S. elections, including swing voting, polling errors, voter fraud, and political polarization.

He founded and directs the Stanford Computational Policy Lab. The Lab is a team of researchers, data scientists, and journalists that address policy problems through technical innovation. For example, they recently deployed a “blind charging” platform in San Francisco to mitigate racial bias in prosecutorial decisions.

Sharad also writes essays about policy issues from a statistical perspective. These include discussions of algorithms in the courts (in the New York Times, the Washington Post, and the Boston Globe); policing (in Slate and the Huffington Post); mass incarceration (in the Washington Post); election , polls (in the New York Times); claims of voter fraud (in Slate, and also an extended interview with This American Life); and affirmative action (in Boston Review).