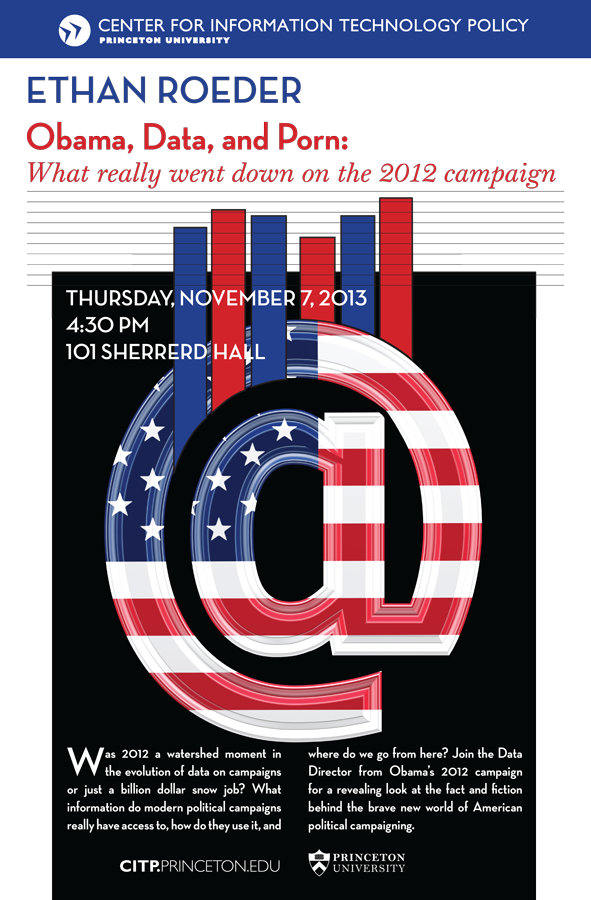 Was 2012 a watershed moment in the evolution of data on campaigns or just a billion dollar snow job? What information do modern political campaigns really have access to, how do they use it, and where do we go from here? Join the Data Director from Obama’s 2012 campaign for a revealing look at the fact and fiction behind the brave new world of American political campaigning.

Ethan is a failed performance artist who works in American politics. Currently the Executive Director of NOI, he ran the Data department for the Obama presidential campaigns in 2008 and 2012, pioneering the use of a large-scale data operation to support individualized, relationship-based organizing. His experience also includes local and federal political campaigns as well as pro-labor and gay rights advocacy. Ethan has also done extensive work in Election Administration including managing the Voting Information Project in partnership with Pew and Google in 2009 and 2010.