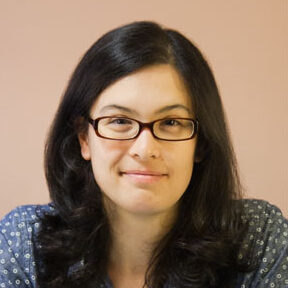 As modern life increasingly moves online, our ability to understand the impact of the Internet on society has grown critically dependent upon the benevolence of tech platforms. To date, corporate data sharing programs have largely failed to meet the needs of the research community aimed at this problem.   In this talk, the shortcomings of previous corporate data sharing initiatives and identify requirements that must be met by future systems will be outlined.  In addition, Mozilla Rally, a data platform that addresses some of these system requirements will be presented. The talk will focus on the following properties of Mozilla Rally: user data donation and concomitant consent architectures, alternative corporate governance models, and community-led software development and release practices.​  The talk concludes with discussion of lessons learned during the creation of Rally, as well as possible future directions that similar efforts could take.

Rebecca Weiss is an award-winning computational social scientist and data science leader. She has worked in academia and industry, applying innovative methods to large-scale data sets to better understand online environments and their behavioral consequences.

As head of research and innovation at Mozilla, she created and incubated the Rally project, a privacy-preserving data platform leveraged by institutions including Princeton, Stanford, and The Markup to conduct research in the public interest. Before that, she founded the Firefox Data Science team and advanced Lean Data Practices as Mozilla’s director of data science.

Weiss has held fellowships at the Berkman-Klein Center for Internet and Society at Harvard University and at the Brown Institute for Media Innovation (a joint effort between Stanford School of Engineering and Columbia School of Journalism). She has advised the U.S. Congress on artificial intelligence policy and her research has been published in leading computer science and social science conferences and journals, such as WWW, ICWSM, KDD, PETS, and ICA.  She holds a Ph.D. from Stanford, a S.M. in technology policy from MIT, and a B.A. in cognitive systems from the University of British Columbia.

This talk will be recorded and posted here, on the CITP YouTube channel and on the Princeton University Media Central website.