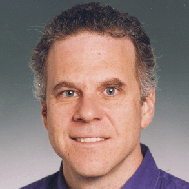 Advances in technology are quickly leading to levels of productivity that will qualitatively change the structure of society. This talk will touch on various technology trends, their potential impact on employment, and possible approaches to living in a society where a significant proportion of the population will be able to pursue their avocation.

Past technology revolutions (TRs) have changed the nature of human intercourse,created new economic systems, created new kinds of jobs, and caused significantshort-lived disruption. They did not, however, change the basic fact that most everyone had to work for their daily bread (even if at different kinds of jobsrequiring different kinds of training). The result was a substantial improvement in the economic welfare for every segment of society. Today’s technology revolution, TR3, will be similar with one exception: most people will no longer have to toil for a living.

The key features that make’s TR3 different from previous TRs are: exponential growth, scalability, and distributedness. The talk will show how the technology in information processing, manufacturing, and energy are changing the labor market by replacing labor, eliminating jobs, enhancing labor, and by creating new jobs. Our new model for labor suggests that it will be hard to observe the impact of technological progress until a critical point is reached, at which time unemployment rates will climb swiftly. The resulting society will have fewer and fewer people who need (or are even allowed) to work, resulting in more ”free time” then we have ever experienced before. This will lead to two existential problems for a large swath of humanity: an economic problem—how to acquire the physical necessities for life—and a psychological problem—how to find meaning and dignity in life apart from one’s vocation.

The talk will conclude by describing a new monetary system based on a reputation enhancing currency which simultaneously addresses the two existential questions created for those disenfranchised from the labor market by TR3. First, it could redistribute income/wealth in a bottom-up manner. Second, it could enable the creation of activities, engagement, motivation, and satisfaction for those individuals who will no longer be employed in a “normal” job.

Seth’s main research agenda focuses broadly on ensembles: large collections of interacting agents. In the area of reconfigurable computing he investigated how to compile high-level programming languages directly into configurations which could harness the large ensemble of gates for computing. He then began investigating how ensembles of molecules could be used to create circuits; investigating how to design, manufacture, and use molecular-scale devices for computing. This led to research into programmable matter; an ensemble of computing elements which can be programmed to work together to produce changes in the physical properties of the ensemble.

Since returning from his start-up, he has moved his focus to ensembles of people and is investigating the interaction of technology, work, and money. In particular he is interested in understanding, quantitatively, the impact of technological progress on the labor market and innovation. He is developing alternative monetary systems that can support innovation and creativity in a post-labor economy.