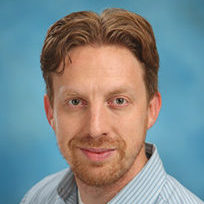 No RSVP required for current Princeton faculty, staff, and students. Open to members of the public by invitation only.Please contact Jean Butcher at  if you are interested in attending a particular lunch.

With Internet censorship and mass surveillance on the rise globally, understanding regulatory “chilling effects”— the idea that laws, regulations, or state surveillance can deter people from exercising their freedoms or engaging in entirely legal activities has thus today, in our post-Snowden world, taken on greater urgency and public importance. Yet, the notion is not uncontroversial; commentators, scholars, and researchers, from a variety of fields, have long questioned such chilling effects claims, including their existence or extent of any “chill” and related harms, particularly so in online contexts, leading to recent calls for more systematic and interdisciplinary research on point.

In this talk, Jon will draw on his recent research, including his doctoral work at the Oxford Internet Institute, to help fill in some of the gaps in our understanding of chilling effects online. Through discussion of surveillance/regulatory related empirical case studies, including one on involving Wikipedia traffic and another “comparative” survey-based study, Jon will offer insights on these and other questions: What is the nature and scale of regulatory and surveillance chilling effects online? Do they persist or are they merely temporary? What factors may influence their impact?

Jon Penney is a legal academic and social scientist. He is presently a research affiliate at CITP, a research fellow at the Citizen Lab located at the University of Toronto’s Munk School of Global Affairs, and teaches law as an assistant professor at Dalhousie University in Canada. Beyond that, he is also a research collaborator with Civil Servant based at the MIT Media Lab and from 2012 to 2015 was a Berkman Fellow and then research affiliate at the Berkman Klein Center for Internet & Society at Harvard University. Jon studied law at Columbia Law School as a Fulbright Scholar and at Oxford as a Mackenzie King Scholar and holds a doctorate in “Information, Communication, and the Social Sciences” from Oxford Internet Institute at the University of Oxford.

Jon’s research lies at the intersection of law, technology, and social science, with an emphasis on privacy, censorship, surveillance, and automated/AI legal processess. His work has received international attention, including coverage in the Washington Post, Reuters International, New York Times, Newsweek, TIME Magazine, Le Monde, and The Guardian, among others, as well as coverage by Pulitzer Prize winning journalist Glenn Greenwald in The Intercept.