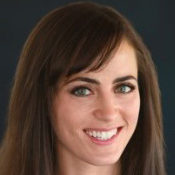 This talk will not be livestreamed or videotaped.

In fall 2017, the University Center for Human Values (UCHV) and the Center for Information Technology Policy (CITP) launched a joint initiative on Ethics and AI. This interdisciplinary series brings Princeton University faculty from the humanities, social sciences and computer science together with proprietors of AI technologies and others working in the field in order to discuss the intersection of philosophical, political and technical issues raised by new developments in artificial intelligence technologies. In this talk we present a sample of the case studies that have been produced by this initiative in order to illustrate ethical considerations surrounding AI, and discuss some parameters within which these technologies can be further developed so as to be in keeping with human values considerations and engineering feasibilities.

Chloé Bakalar was a 2015-2017 Values and Public Policy Postdoctoral Research Associate with an appointment in the Woodrow Wilson School/Center for the Study of Democratic Politics and the University Center for Human Values. Bakalar is a political and legal theorist with an empirical background in American politics. Her research focuses on questions of democratic theory, the history of modern political thought and public law. She is currently working on a book manuscript, Small Talk? The Impact of Social Speech on Liberal Democratic Citizenship, that considers and maps the positive and negative effects of everyday talk on liberal democratic citizenship and political outcomes. Bakalar holds an A.M. and Ph.D. in political science from the University of Pennsylvania, and a bachelor’s degree in politics from New York University.

Ben Zevenbergen is a visiting professional specialist at CITP. His work mostly consists of multidisciplinary investigations in the ethical, social, and legal impacts of Internet technologies, and vice versa. At CITP Ben is working on the engineering ethics and political theory impacts of artificial intelligence. His position is supported by Princeton’s University Center for Human Values.

Ben is currently finishing a Ph.D. at the Oxford Internet Institute about the research ethics for technical projects that involve unsuspecting Internet users as data subjects. Next to his doctoral work, Ben been working actively with computer scientists and network engineers to develop a set of guidelines of ethics in networked systems research.

Before returning to academia, Ben was a policy advisor to a politician in the European Parliament, working on Europe’s Digital Agenda and other Internet policy. Previously, Ben worked as an ICT/IP lawyer and policy consultant in the Netherlands. Bendert holds a degree in law, specializing in Information Law.