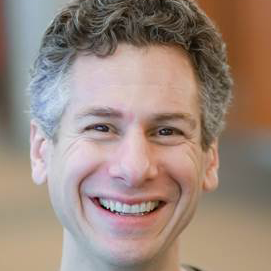 In 2014, Brett Bonfield published an article, primarily for the benefit of other librarians, that summarized his take on the state of assessment in American public libraries: “How well are you doing your job? You don’t know. No one does.” Because public libraries generally cost tax payers less than most other publicly funded agencies and they are generally better liked, libraries tend to avoid the kind of scrutiny given to education, health care, public safety and other public goods. Perhaps this is one of the reasons libraries have not yet been forced to reach a consensus around the aspects of well-being they should foster or how to assess their success in promoting positive outcomes for their members. These questions are further complicated by libraries’ abiding commitment to intellectual freedom and to each library user’s right to privacy and confidentiality, core beliefs that challenge public libraries’ ability to collect and analyze data

Bio:
Brett Bonfield is the executive director of the Princeton Public Library, the busiest municipal public library in New Jersey and a Library Journal five-star library. Brett co-founded “In the Library with the Lead Pipe,” an open access library-related journal, and was one of the founding advisory board members. He is a former co-chair of Library Pipeline, a nonprofit that provides opportunities, funding, and services for libraries and library professionals. He is also treasurer of the New Jersey Council for the Humanities, the Library Information Technology Association’s liaison to the Freedom to Read Foundation, and has an American Library Association presidential appointment to its Committee on Organizations. Brett earned his undergraduate degree from Rutgers and his masters in library science from Drexel University. Library Journal named him a Mover & Shaker in 2012. He grew up in Abington, PA, lived in Collingswood, NJ, from 2000 until 2016, the last seven of which he spent as the director of the Collingswood Public Library, he moved to Princeton in 2016 just before starting his job at Princeton Public Library.