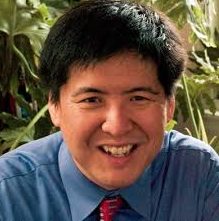 Gerrymandering, which occurs in district-based legislative systems, is defined as the drawing of boundaries to protect or target an individual or a group. In the United States, partisan gerrymandering has distorted representation to all-time modern highs. Data analysis and computing, which powered the original offenses, can also be harnessed for diagnosis and prevention. Diagnosis, which can help state and federal courts, can be as simple as a t-test, or as complex as the automated exploration of billions of plans. Prevention requires the ability to draw plans and predict their consequences. With the right open data and software, reformers and interested citizens can get involved in the redistricting process. This talk will describe the road to reform from a data-analytic perspective, and ask how data science can help terminate gerrymandering.

Sam Wang is a professor of neuroscience and molecular biology. In 2004 he did the first probabilistic aggregation of state presidential polls, at what eventually became the Princeton Election Consortium (election.princeton.edu). He has expanded his work to redistricting and gerrymandering, and now runs the Princeton Gerrymandering Project (gerrymander.princeton.edu). His statistical analysis has appeared in the Stanford Law Review and the New York Times, and has been cited by the U.S. Supreme Court.