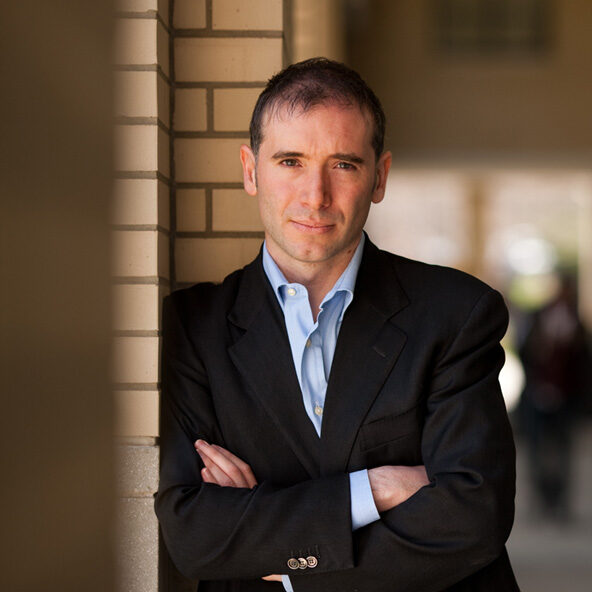 Alessandro Acquisti is the Trustees Professor of Information Technology and Public Policy at the Heinz College, Carnegie Mellon University. He is an Andrew Carnegie Fellow (inaugural class), the director of the PeeX (Privacy Economics Experiments) lab at CMU, a member of the steering committee of CMU’s Center for Behavioral and Decision Research (CBDR), and the Faculty Chair of the Heinz College’s Master of Science in Information Security Policy & Management (MISPM) program. He is the current Chair of CMU Institutional Review Board (IRB). Previously, for four years he was the Faculty Director of the CMU Digital Transformation and Innovation Center sponsored by PwC (where he managed a multi-million dollar budget to fund CMU research in areas including analytics, security, and public policy), and the PwC William W. Cooper Professor of Risk and Regulatory Innovation. He has been a member of the Board of Regents of the U.S. National Library of Medicine (NLM), and a member of the U.S. National Academies’ Committee on public response to alerts and warnings using social media.

Acquisti investigates the economics and behavioral economics of privacy and personal data. While completing his Ph.D. thesis at UC Berkeley, he started contributing to the revival of the research on the economics of privacy. Upon joining Carnegie Mellon, he spearheaded the application of behavioral economics to the study of privacy and security decision making, and the investigation of privacy and disclosure behavior in online social media through the mining and analysis of public profile data. His research in these fields has kept evolving, including the investigation of nudging and behavioral interventions in the privacy domain, the study of value creation and surplus allocation in the data economy, and the examination of the economic impact of novel privacy-preserving analytics. He has published and disseminated interdisciplinary research in leading journals across diverse fields (including Science, Proceedings of the National Academy of Science, Management Science, Journal of Economic Literature, Journal of Consumer Research, Journal of Marketing Research, Marketing Science, Information Systems Research, ACM Transactions, and so forth), as well as through conference proceedings (including USENIX, CHI, CSCW, ACM EC, PETS, SOUPS, and so forth), edited books, and numerous keynotes.

Acquisti has been the recipient of the PET Award for Outstanding Research in Privacy Enhancing Technologies, the IBM Best Academic Privacy Faculty Award, the IEEE Cybersecurity Award for Innovation, the Heinz College School of Information’s Teaching Excellence Award, and numerous Best Paper awards (including best papers awards across journals in the information technology and information systems fields such as Management Science, MISQ, and Information Systems Research). He has held editorial positions across several journals and conference committees, including Information Systems Research (Senior Editor) and Management Science (Associate Editor). His research has been supported by grants from the National Science Foundation, the MacArthur Foundation, the Sloan Foundation, DARPA, the Department of Homeland Security, the National Security Agency, the Transcoop Foundation, Microsoft, and Google. Security education research and tools he developed with colleagues at Carnegie Mellon University were deployed in the CMU start-up Wombat Security Technologies, Inc, which was later acquired by Proofpoint.

He has testified before the U.S. Senate and House committees on issues related to privacy policy and consumer behavior, and has been frequently invited to consult on privacy policy issues by government bodies including the White House’s Office of Science and Technology Policy (OSTP) and the Council of Economic Advisers (CEA), the Federal Trade Commission (FTC), and the National Telecommunications and Information Administration (NTIA), and the European Commission.

Acquisti’s findings have been featured in national and international media outlets, including the Economist, the New Yorker, the New York Times and New York Times Magazine, the Wall Street Journal, the Washington Post, the Financial Times, Wired.com, NPR, CNN, and 60 Minutes. His TED talks on privacy and human behavior have been viewed online over 1.5 million times. His 2009 study on the predictability of Social Security numbers was featured in the “Year in Ideas” issue of the NYT Magazine (the SSNs assignment scheme was changed by the US Social Security Administration in 2011). Connecting his research and musical interests, Alessandro has collaborated as technologist on an interactive musical opera on privacy and surveillance inspired by his own research on social media, face recognition, and inference of sensitive information from public data. The opera, titled “Looking at You,” premiered at New York West Village’s HERE in 2019, and was recently awarded a grant by the Sloan Foundation to go on tour across the United States in 2023.

This lecture will be livestreamed and recorded.

The video will be posted to the CITP website, the CITP YouTube channel and the Princeton University Media Central channel.

The livestream will be available here: https://mediacentrallive.princeton.edu/