Brad Smith – Immigration, Education, and the Future of Computer Science in America 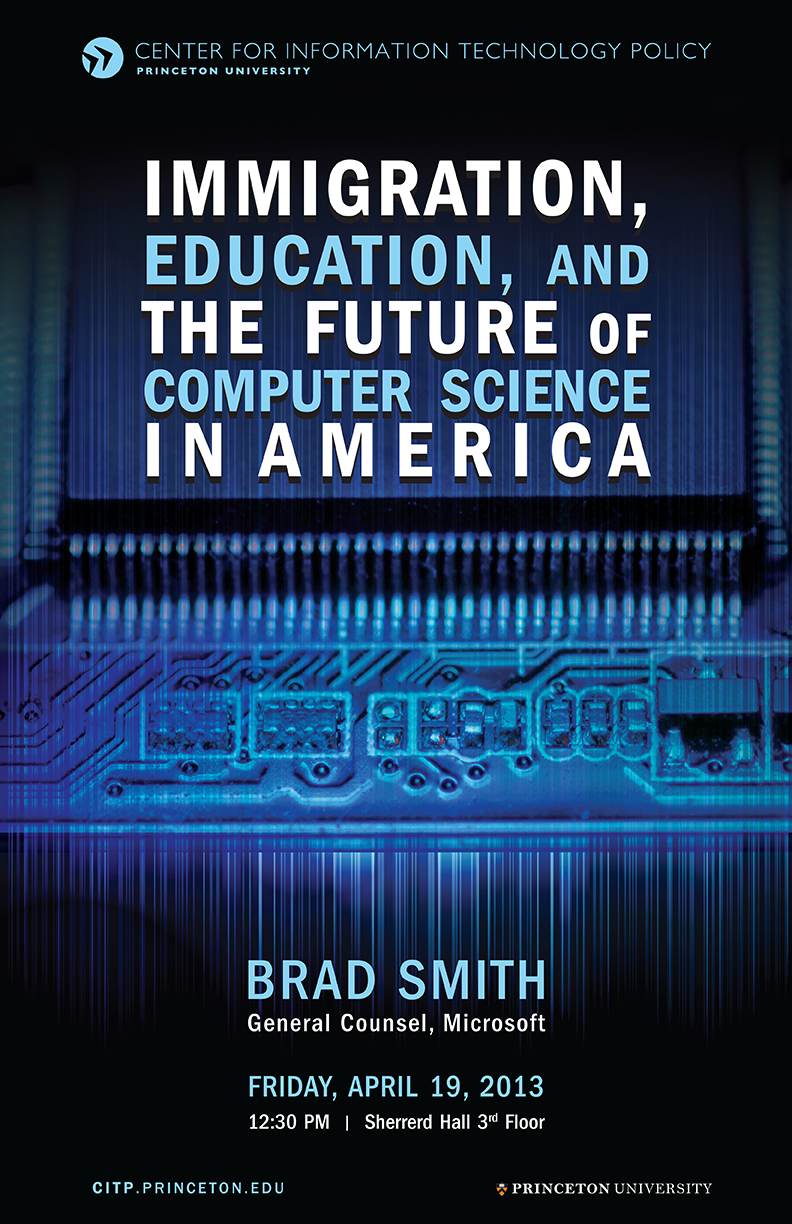 Brad Smith is Microsoft’s General Counsel and leads the company’s Department of Legal and Corporate Affairs (LCA). He is responsible for the company’s legal work, its intellectual property portfolio and patent licensing business, and its government affairs and philanthropic work. Since becoming general counsel in 2002, Smith has overseen numerous negotiations leading to competition law and intellectual property agreements with governments around the world and with companies across the IT sector. He has led the launch of global campaigns to bring enforcement actions against those engaged in software piracy and counterfeiting, malware, consumer fraud, and other digital crimes. Before joining Microsoft in 1993, Smith was a partner at Covington & Burling, having worked in the firm’s Washington, D.C., and London offices. He graduated summa cum laude from Princeton University and received his law degree at Columbia University.