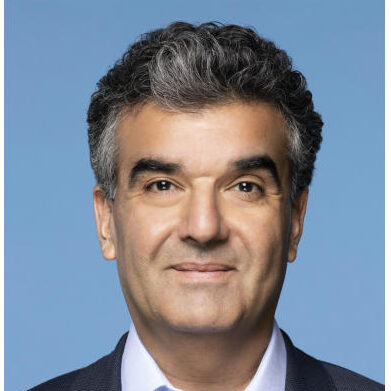 This event is co-sponsored by the Center for Information Technology Policy, The Bendheim Center for Finance, and the Julis-Rabinowitz Center for Public Policy & Finance.

Asiff Hirji, President of Figure Technologies and former President & COO of Coinbase and TD Ameritrade discusses how blockchain, and the DeFi movement, will transform financial services.

Through the provision of an immutable ledger, public registry and real-time bilateral transaction settlement capability, the application of blockchain technology will meaningfully reduce the risk, cost and capital requirements associated with current financial systems and infrastructure as well as eliminate the need for most financial intermediaries.

The implications for the financial industry will be profound, please join us to learn more.

Asiff Hijri is the president of Figure, a company transforming financial services through blockchain technology. Figure offers a range of lending, investing, banking, and payment products and recently raised over $200M from leading investors at a $3B valuation. Hirji is focused on scaling the investing, banking, and payment businesses, expanding internationally, and launching new products. He was formerly President & Chief Operating Officer of Coinbase, the world’s leading cryptocurrency company. Hirji ran Coinbase day to day scaling the company over 40x in volumes and $1b in revenue; launched new products, assets, and countries; closed a new funding round at an $8b valuation; and built out the team the entire executive team.

Prior to Coinbase, he was a private equity & venture capital investor & advisor. As an operating partner with Andreessen Horowitz, he focused on helping their highest potential portfolio companies scale faster. As a senior advisor with Bain Capital and Advent International, he helped drive their technology investment efforts.

From 2014 to 2016, Hirji was chief restructuring officer of HP reporting to CEO Meg Whitman. He created and helped drive the plan to maximize HP’s value; co-led the turnaround of HPE Services and then its sale to CSC for $8.5B; and the sale of HP Software for $8.8B. He also led a global $14B, 90,000 employee business serving most of the Fortune 500. From 2007 to 2013, he was a partner with TPG Capital, one of the largest private equity investment firms globally. He helped lead their investing efforts in Financial Services, Technology, Media, and E-commerce. Beyond typical deal responsibilities, he drove the transformation work at the newly acquired portfolio companies.

From 2003 to 2007, Hirji was an executive officer of TD AMERITRADE helping build it into the world’s largest online broker. He served first as CIO, then COO, and then President overseeing all businesses and a member of the Office of the Chief Executive that ran the company. He led a $3B, 3,000 employee business and helped drive a 600% increase in accounts, assets, and market cap. Prior to Ameritrade, he was a Partner at Bain & Co. and a leader of their IT and Financial Services practices. Before Bain, Hirji was President and Chief Technology Officer for Netfolio, an online investment advisor start-up. He was also a founding member and Partner of the Mitchell Madison Group, a global strategic consultancy that specialized in Financial Services and Technology. He began his career at IBM Labs as a software engineer.

He serves on the boards of Nubank and Forge, is a former public board member of Advent Software and Citrix Systems Inc., and served on the boards of Saxo Bank, TES Global, RentPath, and Eze Software. He has experience as Chairman of the Board, Chair of the Operating Committee of the Board, Chair of the Compensation Committee, and Member of the Finance and Audit Committees. Hirji has helped lead companies through CEO transitions; business model changes; M&A; divestitures and transformations. For 6 years through 2017 Asiff taught a highly rated and over-subscribed 2nd year MBA course on Private Equity at the Haas School of Business, Berkeley where he now guest lectures. He received an MBA with honors from Canada’s best business school, The University of Western Ontario, and his bachelor’s degree in Computer Science from The University of Calgary.